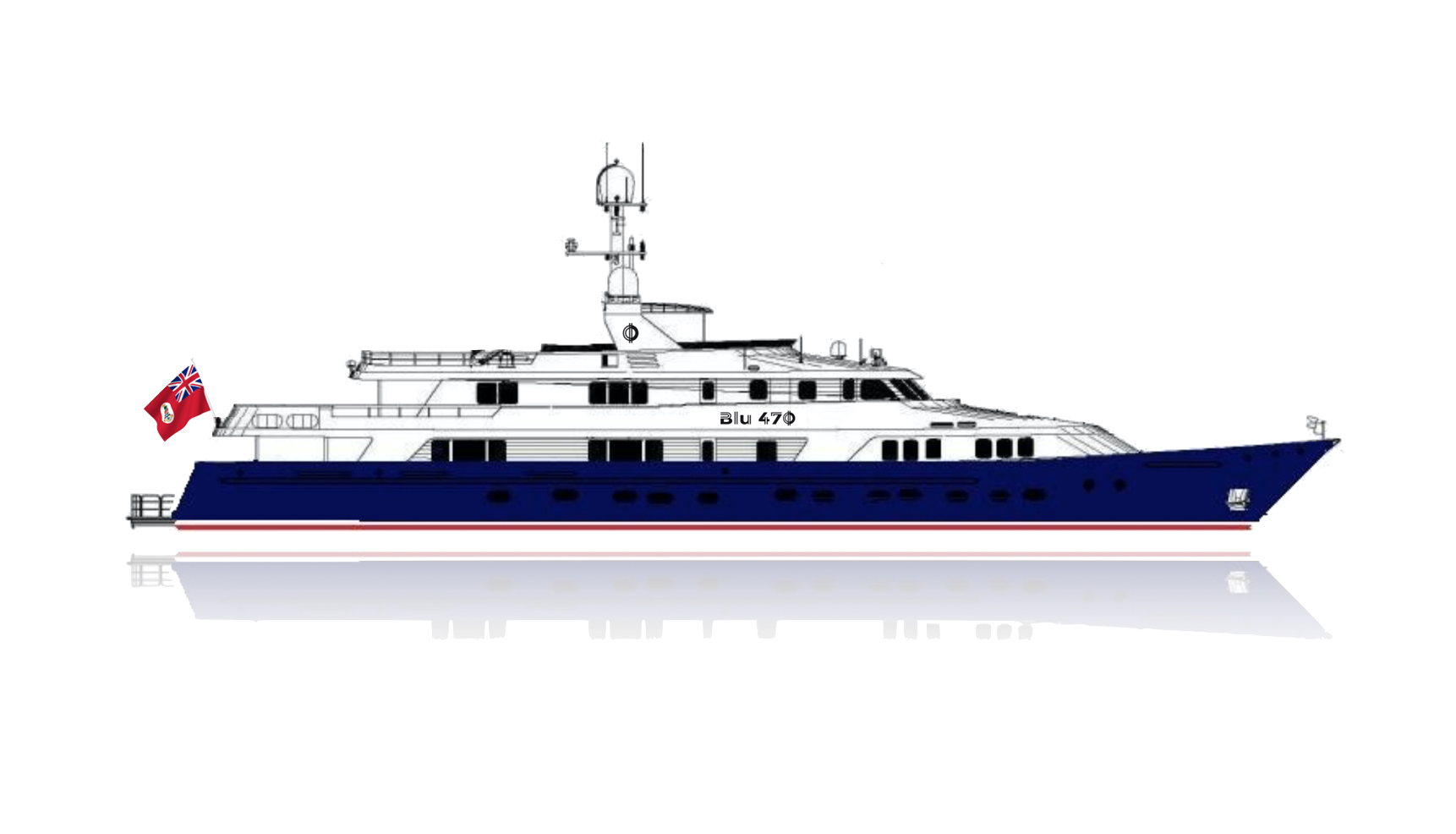 Blu 470 is an exceptional yacht which has benefited from excellent owners her entire life. Built as MI GAEA by Feadship in Aalsmeer, (Netherlands) and supervised by the De Voogt Naval Architects team, she was the queen of the fleet when launched in 1990. Her original styling and interior design was done by Donald Starkey. Although found in excellent condition, she returned to Feadship in 2008 as INEVITABLE to complete an extensive refit/rebuild including a 3 meter hull extension, stretch of exterior decks and a new interior that was designed by Patrick Knowles and produced my Metrica. As a result she won the best refit award at the World Superyacht Awards 2009.

Now Blu 470, under her latest ownership, continues to benefit from this wonderful pedigree. She went through another extensive refit in 2014 at Rybovich in Florida. During this time she did an interior refit, again under the supervision and design team of Patrick Knowles. The owner and Patrick collaborated to bring the interior design and execution to a modern feel while keeping the wonderful pedigree she has to offer. The interior speaks for itself with beautiful wood, fabrics and detail to design. She has an open and airy feel throughout. Her custom built wine fridge proves to be the highlight and a perfect accent to divide the main salon while still offering a much needed open floor plan. Other major work was undertaken as well, including all new exterior paint, new sundeck arrangement and crane, updated galley, upgraded mechanics, AV and electronics, all new tenders and toys and much more. This refit also resulted in accolades being named a finalist in the 2016 World Superyacht Awards. A true must see, one will not be disappointed with the condition, comfort and feel Blu 470 has to offer throughout.